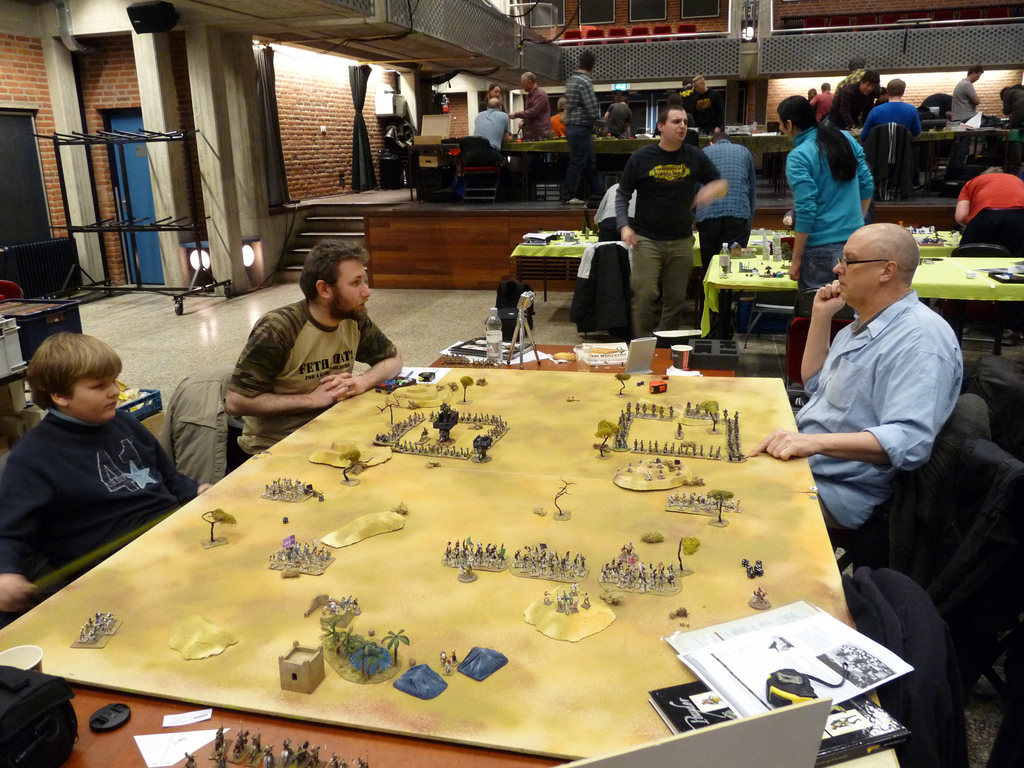 A Small Monument for a Smart Wargamer

This month I’d like to recommend the blog Art of Warre. This blog is a treasure, a small but well-written collection of longer and shorter articles from the late Aart Brouwer (above, right), magazine editor and wargamer and a close friend of Pijlie. I discovered the blog in 2014, six months after his sudden death. I never knew him personally nor his wife. We’re perfect strangers.

I felt sort of sorry that we never met – I am originally a journalist myself – and besides, he was a wargame dad with a newborn baby boy. I have two young kids myself, I know how it is to lose a dad and family member so I felt and still feel terribly sorry for his wife. I’d wished them a long and happy life together. Life’s… hard. Too hard sometimes. His wife started writing a personal blog herself, a small and inspiring monument of solid love and finding power to go on. It’s beyond the scope of wargaming, but she can be proud.

Art of Warre is in particular nice for 10mm Renaissance wargaming. Brouwer started the blog, because

“with old friends succumbing to fatal diseases and civilisation condemned to death by a thousand Tweets, there is something profoundly reassuring about adult males moving toy soldiers on a table whilst debating the merits of rare books, rarer movies, fine whiskies and finer women.

His blog is different and more inspiring than the standard ‘how I painted my 40K tank’ or ‘pics of my latest battle’. Aart wrote for instance about the 19th century writer and art critic Downes who had

“a foible for toy soldiers and a young son named Walter. Putting two and two together, he offered to teach Walter the fundamentals of warfare by recreating the battles of the American Civil War on the nursery table”.

As a true detective, Brouwer inspects the pictures in Howe’s 19th century wargame booklet and deducts that Howe used model soldiers from Germany, from

(…) Heyde company in Dresden, founded by Georg Heyde in 1872 shortly after Bismarck’s troops had defeated Napoleon III’s. The factory was obliterated in 1945 in the allied firebombing of the city, when any business and municipal records of Georg Heyde and sons were destroyed as well.”

Impressive. For sure Brouwer was a man of great knowledge and a dedicated passion about tin soldiers and the wargaming hobby. In his final paragraph, Brouwer quotes Howe who wrote about the wargame sessions with his son Walter:

Walter knows that war is a cruel and sad thing and that it is a great sin to make war needlessly. But he thinks that there are times that there is nothing to left to be done but to fight. When that time comes he believes in making a good job of it. He has learned to admire the courage, the patience, the endurance and the unselfishness of the good soldier. These virtues are just as much needed in peace as in war. But whatever awakes the love of them in a little boy is a good play.”

A little gem of a quote, a nice wisdom shared in a funny article. I like columns which combine wargame with wisdom. I can recommend each and every of Brouwer’s blogposts, but very informative is for instance his blogpost about wargame founder HG Wells and the First World War (“It destroyed the world Wells knew, loved and inhabited with zest, unfailing intellectual curiosity, a fine sense of humour and above all a deep attachment to fair play”) and Brouwer’s still not outdated list with digital resources for wargamers.

His colleagues remembered him for saying: “What I like in this hobby is the old fashioned love for detail, the people, the scenery, the living nature, the love for life and everything. Besides, wargamers are just like smokers! They wouldn’t hurt a fly, answer politely, and always enjoy a civilized conversation”.