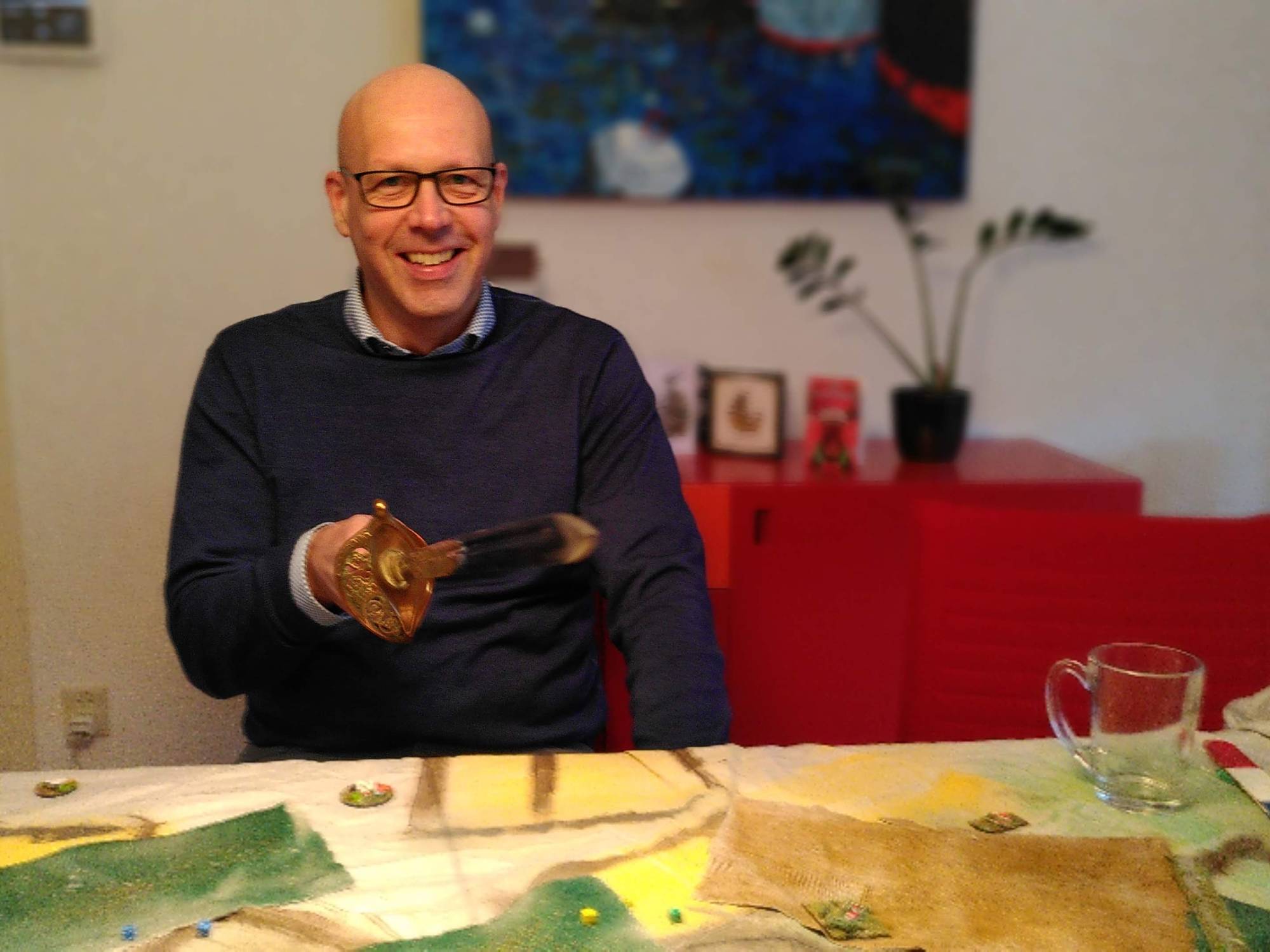 Here’s my big middle finger to all small scale haters, the 2mm haters in particular, who when you post pics ALWAYS react like “WTF is 2-6-10-mm Napoleonics? Give me a board game instead. I can’t play what my eyes can’t see.”

I painted a corona army this month. A portable 2mm set. The club is closed and my 15mm and even my 6mm big battle armies and scenery are all together too heavy and cumbersome to take to other cities for a simple game. First test yesterday.

I played the ‘Along the Danube’ Blücher introductory scenario against a threatening old friend with an original French IInd Empire sabre.

And yes, he won. We celebrated his birthday with cognac and the survival of 37 years friendship, which was the biggest victory of all.

Afterwards, I stacked all stuff in the small box below and returned to my nuclear family for a nuclear family christmas. Happy X-Mas Wargame Is over!

For me wargaming is mostly a social event and a celebration of boyhood dreams sometimes. Apart from that, I was pleased with results of this test game.

So it was a double victory: for friendship and for portable gaming. Vive l’empereur! Vive le deux millimetre!